My first taste of Pho was in London when I went for lunch at Pho in Great Titchfield street. I’m a big fan of soups and will sometimes bypass a Thai curry for a bowl of hot steaming flavour. 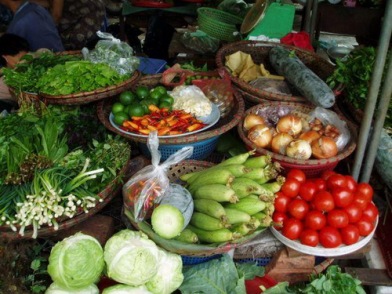 Ever since that first bowl that delighted me as I put it together at my desk I have wanted to make my own Pho. I went to a Vietnamese family run restaurant and took great interest in the components of the broth and all the finishing touches. I tasted the broth on its own and it had a wonderfully fragrant scent, meaty and delicate at the same time.

So when I spotted what was the featured meal on this month’s Waitrose magazine I grabbed it off the shelf and plotted when I could make Pho.

We ate roast beef on Sunday leaving us with some rare leftovers; perfect for Pho!

It was on. I bought everything I needed at the supermarket and spent the day waiting until I could put it all together.

This is the recipe I used from Waitrose Magazine:

2. Bring the soup base back to the boil. Stir in the prepared noodles and pak choi; simmer for 2 minutes. Add the steak and beansprouts to the pan and cook for another minute. Divide between 2 large bowls. Top with the salad onions, chilli and mint and serve with lime wedges.

My soup ready to be ladled into bowls: