I recently finished watching series 1 of French crime drama Spiral. Set in gritty Paris, this series throws in more sub investigations than I’ve previously seen in a crime drama and at times this can feel a little confusing when you’re having to follow subtitles too. I actually didn’t realise that it was all coming to a head and was surprised when I noticed I was watching the last episode in the series. 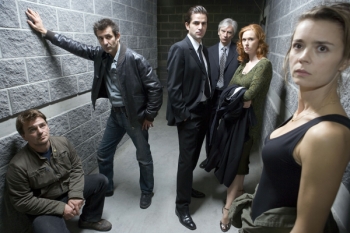 I am a firm fan of French films but this was my first foray into French television. The story is strong but the focus is not on the main victim or storyline, instead this acts more like a story arc across the programme as other stories are weaved in but have no connection to the brutal death of a young Romanian girl. It is an interesting portrayal of the French judicial system, which appears radically different to ours. The main characters are well thought out and the actors are great. Unlike The Killing, the police are the driving force behind the series with the families supporting but not playing such a pivotal part.

I’ve got series 3 all ready queued up to watch on my PVR once I have finished watching series 2 which I hope arrives soon (I went via Blockbuster this time as Lovefilm just didn’t seem to have enough copies to cope with demand after The Killing finished). I’ve heard series 2 is a vast improvement. I’ll soon see.